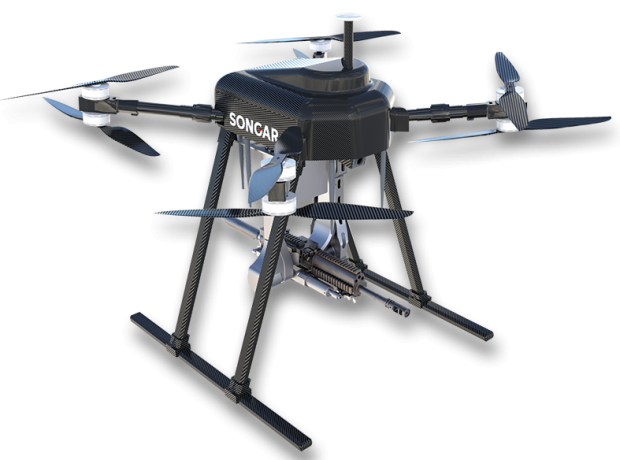 Turkish firm Asisguard is showing off the latest iteration of their Songar military drone. The Songar is a troop-support drone equipped with a machine gun and possibly a grenade launcher.

While the concept of small military drones is not entirely new, nor is weaponizing them, the Songar is reportedly the first drone equipped with a machine gun ready for service. According to the New Scientist, Asisguard expects to deliver the first units to military and security forces before the end of this year.

Loaded the drone weighs about 55 pounds and it has a current targeting range of just over 200 yards. At those distances the drone is capable of hitting 6-inch targets reliably, and Asisguard expects to extend the targeting range well beyond 400 yards.

Currently, the Songar drone can fire single shots and 15-round bursts, but it does lose some stability in rapid-fire. This can be worked around with additional development. 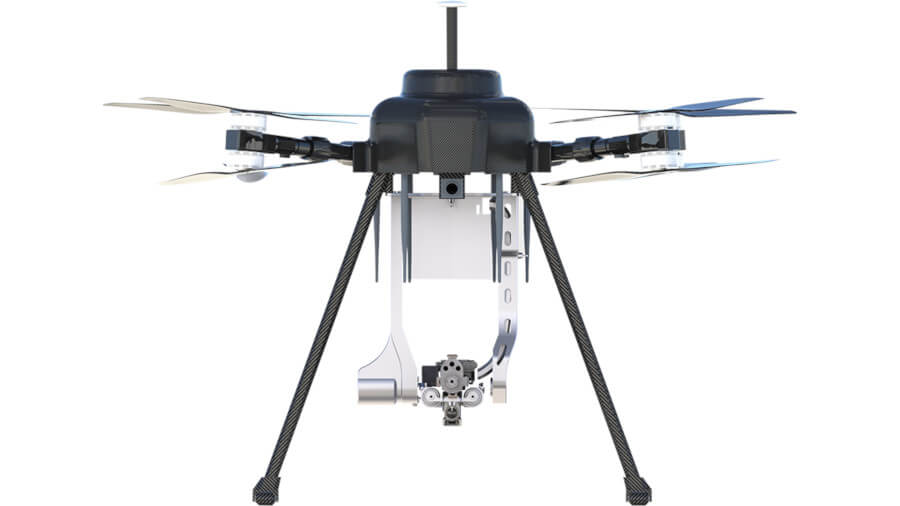 In the base configuration the Songar does not come equipped with a grenade launcher. (Photo: Asisguard)

The Songar uses cameras and laser rangefinders to get on and stay on target. Using information from the cameras and lasers the drone can stabilize itself midair as well as control the recoil using a set of arms that mount the machine gun.

The cameras are capable of night vision and the drone has an effective range of just over six miles. One controller can be used to fly up to three drones simultaneously as a swarm.