> Kunstler Exposes "The Sickness Of Mind" That Has Infected - Freedoms Phoenix 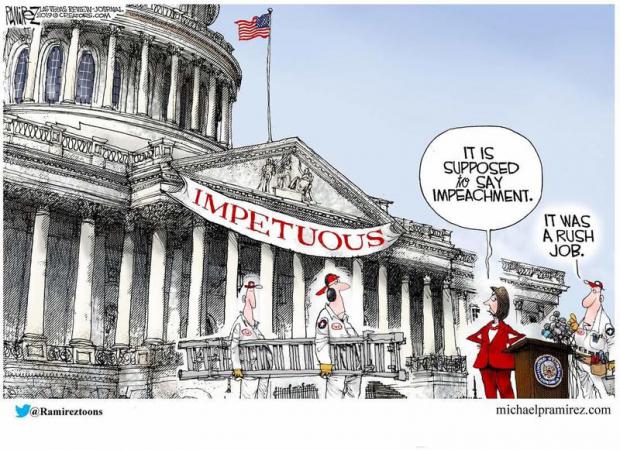 Hillary Clinton sure got her money's worth with the Fusion GPS deal: it induced a three-year psychotic break in the body politic, destroyed the legitimacy of federal law enforcement, turned a once-proud, free, and rational press into an infernal engine of bad faith, and is finally leading her Democratic Party to an ignominious suicide. And the damage is far from complete. It's even possible that Mrs. Clinton will return to personally escort the party over the cliff when, as is rumored lately, she jumps into the primary contest and snatches the gonfalon of leadership from the ailing old man of the sclerotic status quo, Uncle Joe Biden.

The citizens of this foundering polity have been subjected to a stunning doubleheader of political spectacle clear through the week.

On Monday, the Horowitz Report was briefly celebrated by the Left for claiming "no bias" and a "reasonable predicate" for the RussiaGate mess - until auditors actually got to read the 400-plus-page document and discovered that it was absolutely stuffed with incriminating details that Mr. Horowitz was too polite, too coy, or too faint-hearted to identify as acts worthy of referral for prosecution.

Mr. Barr, the attorney general, and US attorney John Durham immediately stepped up to set the record straight, namely, that this was hardly the end of the matter and that they were privy to fact-trains of evidence that would lead, by-and-by, to a quite different conclusion. This reality-test was greeted, of course, with shrieking for their dismissal from the Jacobin Left. But then at mid-week, Mr. Horowitz put in a personal appearance before the Senate Judiciary Committee and left no doubt that entire RussiaGate extravaganza was spawned by Fusion GPS's utterly false Steele dossier and the so-called "Intel Community's" zeal for weaponizing it to overthrow the president.

The shock-waves from all that still pulsate through the disordered collective consciousness of this sore-beset republic, and will disturb the sleep of many former and current officials for months to come as the specter of Barr & Durham transmutes into a nightmare of Hammer & Tongs, perp-walks, and actual prosecutions. The utter falsity of the Steele dossier seems not to have yet penetrated the minds of Dean Baquet and Martin Baron, editors of The New York Times and The Washington Post, the head cheerleaders for the seditious coup by the security state. Their obdurate mendacity can no longer be attributed to a simple quest for clicks and eyeballs. It speaks to a sickness of mind that has infected the whole thinking class of America as it succumbed to the ultimate smashing of boundaries: the one between what is real and what is not real (or what is true and what is not true.)