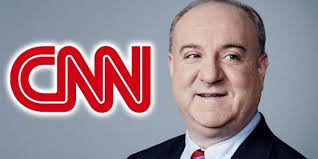 An October exposé by Project Veritas has esulted in the resignation of CNN producer Steve Brusk, who was accused on undercover footage of sexual misconduct and rewarding female employees for sexual favors.

In a November 26 email obtained by The Wrap, Brusk wrote: "As I mark my 20-year anniversary at CNN this week, I have made the hard decision that this is the right time to step down," adding "Truth be told, I have barely had any time off or gotten much sleep the last five years — as we covered the campaign, the transition and the historic White House story. The stress of the last several weeks and being able to be home with my family for the holidays has confirmed for me this is the right decision."

Apparently Steve is the real victim here - despite credible allegations that he made unwanted advances on women during social gatherings.

When speaking about CNN Politics Supervising Producer and White House Unit Supervising Producer/Coverage Manager, Steve Brusk, 'The Lead with Jake Tapper' Senior Producer Rick Saleeby said: "…he would like make advances if there was a social gathering and they were drunk… Put his arms around them, try and touch their leg. Try and build up emails to the level where he would get flirty and inappropriate." -Project Veritas

Saleeby, Tapper's senior producer, went on to describe how he had to rescue a 21-year-old woman from a lecherous Brusk during a party for a co-worker.