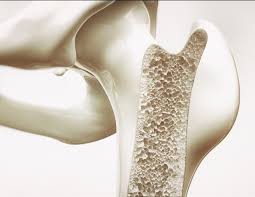 Ordinarily, the adenosine that is naturally sent to bone injuries gets quickly metabolized by the body. This ceases the healing "boost" that the chemical initially provides. Led by Prof. Shyni Varghese, scientists at North Carolina's Duke University set about developing a method of trapping and harboring adenosine at the injury site, allowing it to perform its healing duty over a longer period of time.

The result is a prototype bandage that could be surgically applied directly to broken bones. It incorporates boronate molecules, which form bonds with adenosine molecules that are present at the injury site. As those bonds gradually weaken, the adenosine is slowly released – but only where it's needed.

"Adenosine is ubiquitous throughout the body in low levels and performs many important functions that have nothing to do with bone healing," says Varghese. "To avoid unwanted side effects, we had to find a way to keep the adenosine localized to the damaged tissue and at appropriate levels."

After a three-week period, although all of the mice showed signs of healing, those that were treated with the two types of adenosine bandages showed better bone formation, higher bone volume and better vascularization. The primed bandages could prove to be particularly useful for osteoporosis patients, whose bodies don't produce adenosine in response to broken bones.

Gut-brain connection in individuals with autism CONFIRMED by scientific data

China built a lab to study SARS and Ebola in Wuhan...