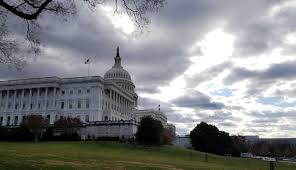 (Bloomberg) -- Donald Trump's likely impeachment this week adds a permanent stain to a presidency plagued by unrelenting turmoil and partisan rancor, while aggravating U.S. political divisions as he starts his fight for re-election.

The House is all but certain to deliver the formal rebuke in a vote on Wednesday, marking the political climax of three years of Democratic furor over Trump's time in the White House and the end of a frenetic three-month investigation into whether he abused the power of his office.

The fight is already casting a cloud over the 2020 election, with fresh fault lines emerging between parties on fundamental questions that strike at the legitimacy of American elections, interference from foreign governments and the limits of presidential powers.

The drama is unfolding amid a confluence of other major political developments that would dominate headlines in an ordinary December. The House is set to approve an overhaul of Nafta, giving the president perhaps his biggest legislative win after the tax code overhaul he secured in his first year. At the same time, the administration is trying to work out details of the first phase of a trade deal with China that has rattled financial markets for a year, and lawmakers are finishing a spending agreement to avert what would be the third government shutdown of Trump's presidency.

"Do we have a constitutional democracy, or do we have a monarchy where the president is unaccountable? That's what's at stake here," Judiciary Committee Chairman Jerrold Nadler said Sunday on ABC.

The vote in the House has appeared to be a fait accompli from the moment that Speaker Nancy Pelosi, who long cautioned against impeachment proceedings, backed liberal members of her caucus and announced her decision to open the investigation. At the same time, the trial that would follow in the Republican-controlled Senate appears equally preordained to acquit Trump, keeping him in office.