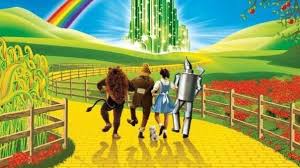 No matter that their system has produced perpetual failure and crisis, year after year, for decades. No matter that such failure and crises afflict a vast array of areas in which socialism has been tried, such as immigration, monetary policy, retirement, healthcare, foreign policy, and many others. No matter that a never-ending series of reforms has failed to bring success or resolve the crises. Proponents of socialist systems never lose hope. They continue to believe that someone somewhere is going to come up with a "comprehensive reform package" that is finally — finally! — going to make socialism work.

A good example of this phenomenon appeared in an op-ed in the December 10 issue of the Washington Post. The article is about America's public-school system, which is one of America's premier examples of a socialist system. The author is Robert C. Pianta, the dean of the University of Virginia Curry School of Education and Human Development.

Pianta makes an excellent presentation of what a mess public schooling has long been in America. He opens his article by pointing out, "It is no secret that America's schools face great challenges, including a shortage of high-quality teachers and an ever-growing achievement gap in many underserved communities. This issue has been recognized for decades."