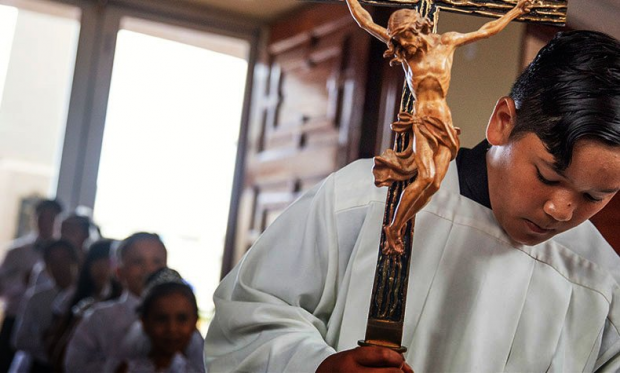 "The carnival of obscurity is over," declared Juan Carlos Cruz, a prominent Chilean survivor of clergy abuse and advocate for victims.

In a new law, Francis decreed that information in abuse cases must be protected by church leaders to ensure its "security, integrity and confidentiality." But he said the rule of "pontifical secrecy" no longer applies to abuse-related accusations, trials and decisions under the Catholic Church's canon law.

The Vatican's leading sex crimes investigator, Archbishop Charles Scicluna, said the reform was an "epochal decision" that will facilitate coordination with civil law enforcement and open up lines of communication with victims.

While documentation from the church's in-house legal proceedings will still not become public, Scicluna said, the reform now removes any excuse to not cooperate with legitimate legal requests from prosecutors, police or other civil authorities.

The new laws were issued Tuesday, Francis' 83rd birthday, as he struggles to respond to the global explosion of the abuse scandal, his own missteps and demands for greater transparency and accountability from victims, law enforcement and ordinary Catholics alike.

The new norms are the latest amendment to the Catholic Church's in-house canon law — a parallel legal code that metes out ecclesial justice for crimes against the faith — in this case relating to the sexual abuse of minors or vulnerable people by priests, bishops or cardinals. In this legal system, the worst punishment a priest can incur is being defrocked, or dismissed from the clerical state.

When he was a cardinal, Pope Benedict XVI had persuaded St. John Paul II to decree in 2001 that these cases must be handled by the Vatican's Congregation for the Doctrine of the Faith and be dealt with under the "pontifical secret" rule. The Vatican had long insisted that such confidentiality was necessary to protect the privacy of the victim, the reputation of the accused and the integrity of the canonical process.

Pope Francis endorses wealth redistribution, calls for an end to tax cuts for the 'richest peopl