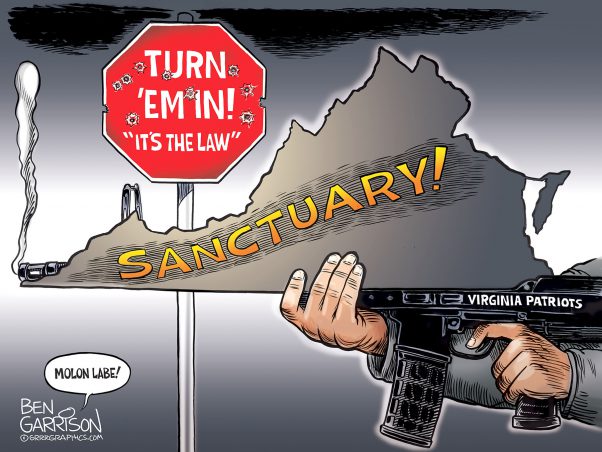 As Virginia lawmakers prepare to pass a draconian gun control bill that would make most guns in the state illegal, Tazewell County has formed an official active militia as per the Second Amendment to the Constitution.

A well regulated Militia, being necessary to the security of a free State, the right of the people to keep and bear Arms, shall not be infringed.

To all of those who like to mock gun owners and ask if they're going to fight tyranny in a militia, Virginia's answer is a clear and adamant "yes." That's exactly what they're planning to do.

A Quick Recap of What's Happened So Far

Here's a little bit of background on the proposed weapons ban from my last article.

After the most recent election, the state's House and Senate are both Democrat majorities and they haven't wasted a moment in attempting to gut the gun laws in what has historically been a permissive state.

The so-called "assault weapon ban" is SB16 and has that perilously vague wording we all know to be incredibly dangerous. In some interpretations, this law, if it passes, could make illegal the ownership or transportation of any semi-automatic gun because extendable magazines are available for it – and you don't even have to have the extendable mags. (source)

Unsurprisingly, a lot of Virginians are outraged by the idea of this and discussion of a "grandfather clause" that allows you to keep your semi-autos as long as you register them has done nothing to assuage the ire of gun owners.

Then to really stir the pot, State Representative Donald MacEachin had the bright idea of calling up the National Guard to squelch the rebellion.

"And ultimately, I'm not the governor, but the governor may have to nationalize the National Guard to enforce the law," he said. "That's his call, because I don't know how serious these counties are and how severe the violations of law will be. But that's obviously an option he has." (source)

As you can imagine, that didn't go over well.