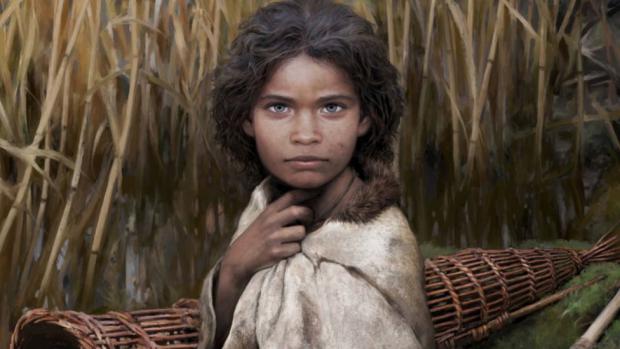 This is the first time an entire ancient human genome has been extracted from anything other than human bone, said the researchers.

Dr Hannes Schroeder from the University of Copenhagen said the "chewing gum" - actually tar from a tree - is a very valuable source of ancient DNA, especially for time periods where we have no human remains.

"It is amazing to have gotten a complete ancient human genome from anything other than bone,'' he said.

What do we know about her?

The woman's entire genetic code, or genome, was decoded and used to work out what she might have looked like. She was genetically more closely related to hunter-gatherers from mainland Europe than to those who lived in central Scandinavia at the time, and, like them, had dark skin, dark brown hair and blue eyes.

She was likely descended from a population of settlers that moved up from western Europe after the glaciers retreated.