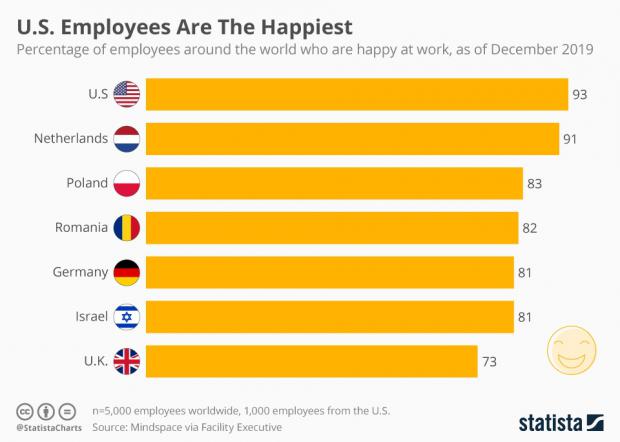 More than 5,000 employees worldwide were questioned, with 1,000 people from the U.S. being surveyed. While assessing workplace culture, respondents were asked about wellness, overall happiness at work and engagement.

Less happy, 73 percent of U.K. workers said they were happy in the workplace, falling at the bottom of the list, which surveyed five other countries, including the Netherlands, Poland, Romania, Germany and Israel.

Happiness at work among Americans is seemingly congruent with job growth. In November, the unemployment rate dipped to 3.5 percent from 3.6 percent, CNBC reported on December 6. More, over 266,000 jobs were created, besting the prediction of 187,000, as originally projected by economists questioned by Dow Jones.