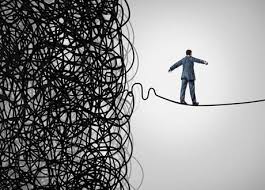 A declining standard of living in the developed world, declining growth for the developed world and geopolitical jockeying for control of resources make for a highly combustible mix awaiting a spark: welcome to the era of intensifying chaos and the rapid advance of new weapons of conflict as ruling elites attempt to stamp out dissent and global powers pursue supremacy by whatever means are available.

Gordon Long and I discuss these dynamics in a new video The New Weapons of Conflict (28:30) that explores the drivers of increasing global chaos and a permanent state of intensifying conflict in both domestic (internal) and global (external) affairs.

Domestic conflict is erupting and intensifying across the globe: political polarization and populism, driven by soaring wealth/income inequality and the decay of the social contract and the erosion of standards of living, and social disunity and disorder as cooperation has failed to fix what's broken.

Geopolitical conflicts are now expanding across a vast spectrum from endless wars in contested regions to cyber-meddling in other nation's domestic affairs, cyber-warfare via theft of intellectual property and targeting essential digital infrastructure, economic sanctions and currency-based warfare, along with a wide array of disruptive military technologies, including "first strike"-enabling hypersonic weaponry, anti-missile technologies and space-based weaponry.

The relative stability of the Cold War has given way to a multi-polar world in which nations are competing with a host of other nations, including erstwhile allies and economic/trade rivals. Geopolitics has moved from a slow-moving, relatively predictable chess match to rapidly evolving 3-D chess in which the rules keep changing in unpredictable ways.

There's much more in the program; click on either graphic to go to the video: 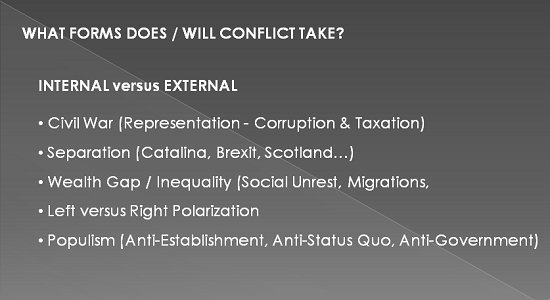 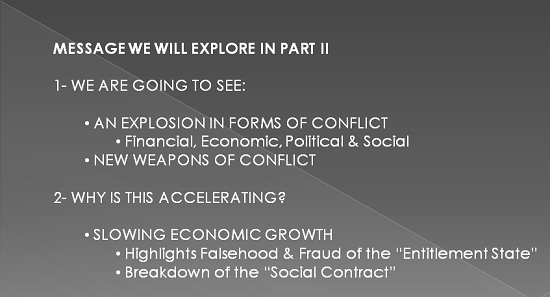