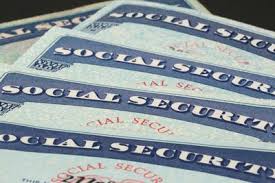 If God had forced people to make the right decision with respect to charity, then the gift of free will would have obviously been meaningless.

In making this gift, God obviously trusted people with a vast amount of freedom. If everyone used such freedom to reject helping others in need, that would mean that those in need would go without help. In vesting man with free will, God took a big chance.

Enter Caesar — i.e., the federal government. Caesar concluded that God made a big mistake in trusting people with so much freedom. That's why Caesar enacted Social Security — because he knew that younger people could never be trusted to take care of their parents or grandparents when the need arose.

Oh, sure, God commanded people to honor their mother and their father. But under God's way, people were free to reject the commandment, and Caesar concluded that many would. Therefore, Caesar entered the process by simply forcing people to comply with God's commandment.