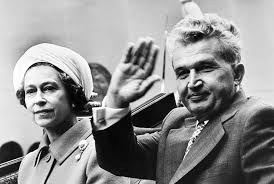 Traditionally, Christmas is a time of peaceful reflection and restful appreciation of the fast disappearing year. In 1989, there was much to contemplate.

The most dramatic symbol of totalitarian tyranny, the Berlin Wall, fell dramatically. The Evil Empire, as Ronald Reagan memorably described the Soviet Union, was dissolving. The Soviet satellites were gone: Poland, Hungary, Czechoslovakia, East Germany, and Bulgaria all defenestrated their communist rulers. Even the Soviet republics were restless, headed out of the Russian-dominated union. Indeed, Lithuania was just a couple months away from declaring independence.

Even the ruthless totalitarian state created by Romania's dictator and dictatress, Nicolae and Elena Ceausescu, was gone. And they were subjected to justice after 34 years in power. It was imperfect, but it was justice nonetheless.

The Rise of Ce

Before Babel: The Crystal Tongue