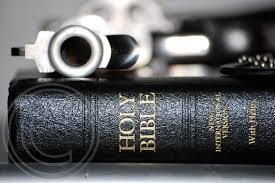 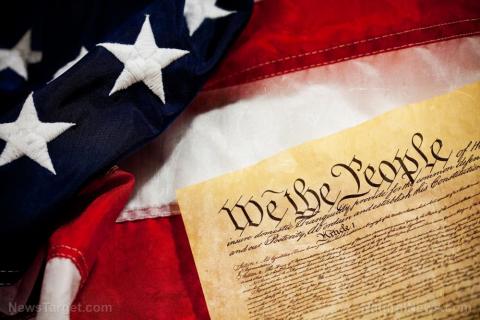 Thanks in large part to mass immigration, the state of Virginia, where so many of our founders and early presidents came from, turned blue in November.

And newly empowered Democrats are already overplaying their hand, alienating the vast majority of their state with promises to pass new, grossly restrictive gun control laws that will include a "red flag" statute empowering judges and police to take guns from people before they commit crimes and potential confiscations of 'assault' weapons.

The threats of new gun control legislation have lead more than 100 jurisdictions to declare themselves "Second Amendment sanctuaries" — local measures stating that they won't assist state authorities in enforcing the new laws, much like the very same Virginia Democrats refuse to allow their police in "sanctuary cities" to assist federal immigration authorities with criminal matters concerning illegal aliens.

And now, in response, Democrats are planning some revenge. Rather than honor and respect the Constitution, they are doubling down and insulting it even further.

As The Truth About Guns reported:

Virginia Democrats, humiliated by a Second Amendment sanctuary movement sweeping the Old Dominion, are now looking to retaliate against gun owners who openly carry their sidearms into the state capitol complex.

The site notes that Virginia is one of the few states where residents can legally open-carry firearms into the capitol building to address grievances to lawmakers.

Now, however, that right is in danger of being taken away, which also won't set well with Virginians.

According to the Virginia Mercury:

Incoming House of Delegates Speaker Eileen Filler-Corn confirmed Thursday that Democrats have discussed the possibility of banning guns on Capitol Square through the rules resolutions that will be one of the first orders of business when new Democratic majorities convene in Richmond.

"That's definitely something that we have discussed amongst us," she said in an interview. "But we're not willing to say what direction we're going in."

Why wouldn't she be 'willing to say' what Democrats are planning to do?

Are Democrats trying to start a civil war in Virginia?

You see, this is the problem with her party: Abject arrogance. Democrats are quick to forget that they are not in power to serve themselves, they are there to serve the people who elected them. And secondarily, they are there to serve their state; how are they doing that if they are scheming against their own citizens by refusing to tell them they are plotting to take away a well-established right? (Related: The answer to tyranny is suddenly obvious: 2A sanctuaries and armed militias in every county, every state across America.)

Now is not the time for politics; it's time for leadership. And Democrats are setting state authorities up for war against the very citizens they are sworn to protect and serve.

That's because, as The Truth About Guns reports, thousands of Virginians are expected to be in the capital, on the Capitol's grounds, in just a few weeks for the annual Virginia Citizens Defense League Lobby Day.

The event has routinely drawn about 1,000 people who are armed and who listen to speeches about gun rights before breaking up and meeting with lawmakers. Much larger crowds are expected for the upcoming event.

"Lobby Day 2020 is now expected by some to draw as many as 10,000 people—many of them armed. A TTAG survey shows that many hotels in the Richmond area are now reporting a scarcity of rooms available for January 19th, the day before the event," The Truth About Guns reported.

So, what's going to happen? Normally, gun owners are law-abiding people. But clearly, even the law-abiding gun owners in Virginia are not supportive of Democrat gun control laws that everyone knows will do nothing to reduce crime. In fact, such laws are only liable to create new criminals — by the millions.