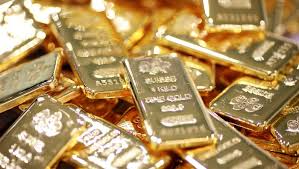 "My view is simple and starts with the observation that gold is a lot like religion. No one can prove that God exists…or that God doesn't exist…Well, that's exactly the way I think it is with gold. Either you're a believer or you're not."
– Howard Marks, founder of OakMark, whose newsletter Warren Buffett reads "religiously"

"Because of Paul Volcker, our financial system is safer and stronger. I'll remember Paul for his consummate wisdom, untethered honesty, and a level of dignity that matched his towering stature."
– Barack Obama

"Every penny of QE undertaken by the Fed that cannot be unwound is monetized debt."
– CNBC regular and former senior advisor to the president of the Dallas Fed, Danielle DiMartino Booth

Interest rates and inflation couldn't be more different today than they were in the 1970s.

One of the shocking surprises of the last decade is that despite ultra-low, zero, or, even, negative interest rates inflation has generally fallen rather than risen.

Yet, when it comes to asset prices (US stocks, global bonds, and real estate), it has been a completely different story.

One asset class that hasn't risen as swiftly as others is gold and other precious metals.

This underperformance has caused most American investors—be they retail or institutional—to give up on precious metals as an essential asset class.

As usual in bull phases, silver had the greatest surge, rising by 452% from its lows during the Great Recession. Gold's ascent was less spectacular, but it nonetheless vaulted almost 170% from where it bottomed in late 2008.