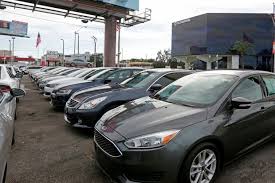 One such example of an industry trying to move vehicle inventory by any means necessary was Mirna Lopez, a 65 year old who was able to buy a 2018 Nissan Pathfinder on monthly earnings of just $660. Her car loan's monthly payment was slated to be $809.

How was this possible? The Wall Street Journal reports that an employee at the dealership that sold her the car simply listed her monthly earnings at $7,833. Nothing creative, nothing fancy: just plain old fraud.

It's no longer good enough for customers to be buying cars with debt only. Now, while the auto industry struggles to pull itself out of the recession it is mired in, some dealerships around the country are "dressing up" loan applications with fake incomes, according to consumer lawyers. Additionally, some large lenders have cut back on safeguards that could catch the fraudulent applications.

The result is usually a quick default on these loans and consumers destroying their credit.

Richard Feferman, a New Mexico lawyer who has sued dealerships and lenders said: "The consequence for a lot of people is to ruin them financially for five to 10 years."