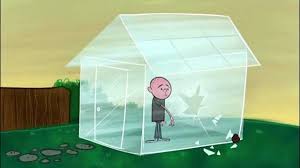 The Overton window is the range of policies politically acceptable to the mainstream population at a given time. It is also known as the window of discourse. The term is named after Joseph P. Overton, who stated that an idea's political viability depends mainly on whether it falls within this range, rather than on politicians' individual preferences. According to Overton, the window frames the range of policies that a politician can recommend without appearing too extreme to gain or keep public office given the climate of public opinion at that time.

Heaven forbid anyone appear too extreme. Our rulers keep discourse safely within the Overton window by allowing debate about the details of what the government does or doesn't do. However, those who question the necessity of particular government agencies or programs, or government in general, are beyond-the-pale extremists and cast into the Abyss of the Unacceptable, one zip code over from the Abyss of the Deplorable.

The Federal Reserve has been much in the news lately. The term "repo" is shorthand for a repurchase agreement. The repo market allows those who own securities to sell them to lenders and repurchase them on a set day at a higher price. The difference between the sale and the repurchase price is interest to the lender. The repo market is huge, providing short-term financing for hundreds of billions of dollars worth of transactions daily, primarily in government and agency debt.