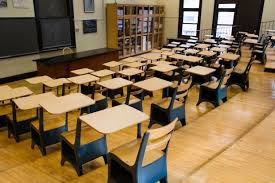 The latest absurdity is aimed at disrupting every single public school in the state, as highlighted in a tweet from Andrew Pollack, whose daughter, Meadow, was murdered at Parkland High in Florida by a crazed teen lunatic the system failed to identify and stop.

"These are the same liberal democrat policies that led to my daughter getting murdered.

Parents it's your responsibility where your kids go to school.

Time for home school or private. Don't roll the dice with your child's safety!"

That's right: Soon, no school in California will be able to suspend some students for disobeying a teacher.

Mind you, the Left-wing policies of the Obama Department of Education failed to hold Parkland shooter Nicolas Cruz accountable, as did the principle of the school.

Starting next school year, it will be illegal for public schools in the state to suspend students in first through fifth grade for willfully defying teachers or administrators.