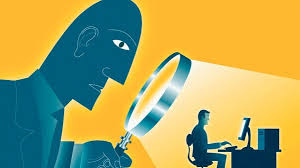 Titled Freedom on the Net, this annual report is published by Freedom House, a non-governmental organization promoting democracy and civil rights. Freedom House is primarily US Government funded, however, since its founding in 1941, it has attempted to track the ebb and flow of global freedoms from an apolitical standpoint.

This internet freedom report has been published annually since 2009, and this report marks the 10th year of the survey. Initially only chronicling 15 countries, the report gradually increased its scope and since 2014 has analyzed internet freedom in 65 countries.

The report surveys internet freedom in countries from three perspectives: Obstacles to access – evaluating social and economic factors limiting internet access, as well as governmental efforts to block access; Limits on content – evaluating governmental control of content, from diversity of news media to specific content censorship; and Violations of user rights – measuring how many protections citizens have against surveillance, and what kinds of legal repercussions users can suffer from online activity.