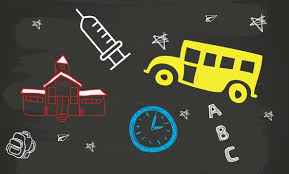 In this historic and much needed new requirement, Washington state's most extensive school system is making a statement and providing a safer environment for its students.

Vaccinations have been proven to be active and safe in numerous studies. An often quoted, but thoroughly debunked case series published by a now-discredited physician attempted to link the MMR vaccine and autism. Unfortunately, the misinformation that was spread by this paper has led to decades of dangerous, uninformed decision making by well-intentioned parents and caregivers.

As a physician and a mother, despite knowing all of the science and the safety of vaccines, I am embarrassed to say even I paused for a second before my first child receiving her first vaccine.

I recalled all of the sensationalized false data dispersed online since the 1998 paper was reported. When celebrities tout expertise on the subject and nationally attempt to discredit scientific fact and evidence, these doubts can creep into the most educated and informed and lead to dangerous decisions.

This misinformation has led to many individuals across the country, not trusting scientists and physicians, and not allowing their children to be vaccinated. Deadly diseases that were almost eradicated worldwide are now making a comeback. Vaccine-preventable illnesses, such as polio, are increasing in numbers.

Anti-vaxxer parents who are fleeing California and Washington for Idaho to take advantage...