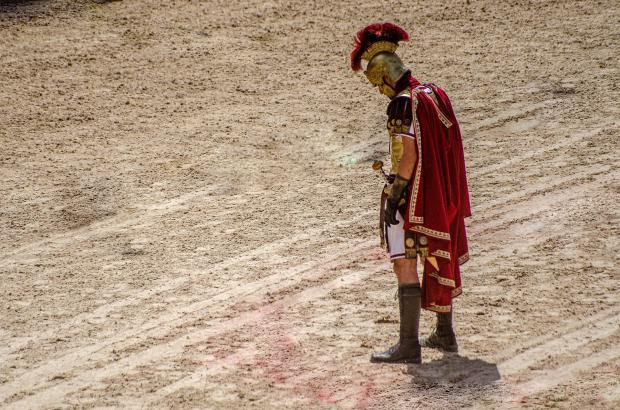 ought in stadiums before tens of thousands of boisterous onlookers, ancient Roman gladiator duels are well known today—more than 1,600 years since the last one was fought. Too few people, however, know of the one man who deserves the most credit for bringing those bloody spectacles to an end. A lowly monk from either Turkey or Egypt, his name was Telemachus.

By the old Julian calendar of Telemachus's day, he performed his famous duel-ending deed on January 1, 404 A.D. You can wait a couple of weeks and celebrate it on January 14 if you choose, because that's the corresponding date in the Gregorian calendar the world uses today. Before I tell you what this humble humanitarian did, allow me to provide some historical background.

The History of Gladiators

The Latin root of "gladiator" is "gladius," meaning "sword." Gladiators (swordsmen) were combatants armed with swords but also with spears, daggers, and nets. They sparred in the arenas throughout the welfare/warfare state of the late Roman Republic and for the great majority of the period of the Roman Empire.

Before Babel: The Crystal Tongue