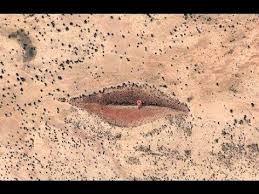 We live at a time when the pace of change has reached at an exponential rate, and our society is literally coming apart at the seams all around us. That makes this a perfect environment for weird stuff to happen, and that means that I will have no shortage of things to write about in the coming days.

I would like to start off by discussing the really bizarre phenomenon that is happening in the skies over Colorado and Nebraska right now. According to the New York Times, hordes of sophisticated drones have been "flying in precise formations" over those two states at night and nobody knows where they are from…

They come in the night: Drones — lots of them — flying in precise formations over the Colorado and Nebraska prairie.

Why are they there? Unclear.

"It's creepy," said Missy Blackman, who saw three drones hovering over her farm outside Palisade, Neb., on a recent evening, including one that lingered right above her house. "I have a lot of questions of why and what are they, and nobody seems to have any answers."