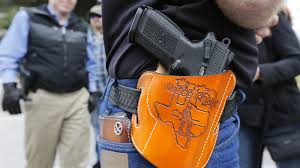 Kinnunen, who had a history of mental problems, entered the church with a concealed weapon, which he pulled out during church services. Within seconds, he killed two people, Deacon Anton Wallace, 64, and Richard White, 67.

At that point, he was shot dead by Wilson, a firearms instructor who was carrying a concealed weapon.

As I have repeatedly written in the past, mass murderers ordinarily go where they have the best chance of inflicting the most deaths. That would be gun-free places.  For example, in my June 18, 2015, article, "Repeat after Me: Gun Control Doesn't Work," I wrote: