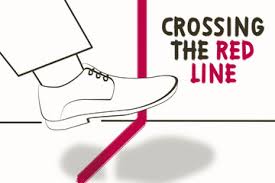 Markets, of course, have failed to react much: Middle-East bourses closed down 2-4% on Sunday, which is not exactly end of the world stuff; WTI futures are up around 3%, again not a real panic; while US 10-year yields were down from 1.94% intraday Thursday to 1.79% as of the Friday close - but the weak US ISM survey (47.2 headline; 46.8 new orders; 45.1 employment) could be to blame for that alone.

You know what? For once the markets are arguably right, albeit for all the wrong reasons. Markets think nothing that happens in the Middle East matters because central banks will have their backs regardless. That is patent nonsense, even if Ben Bernanke is muttering about not ruling out negative rates and further purchases of "private securities" during the next down-turn. If Iran launched a devastating missile attack on Saudi and UAE oil facilities, and means it this time; or on Tel Aviv and the nuclear reactor at Dimona; if it unleashed a wave of global terrorist attacks and assassinations from sleeper agents - none of those things are made better by a lower cost of borrowing. They aren't even helped by (not) helicopter money, as Bernanke alludes to. Central banks can and would be funding a lot more defence spending immediately on a helicopter money basis in those scenarios, but much of the world economy would take a hit regardless – most so if the oil complex is hit. Sorry Central banks, but in those kind of scenarios--as Ayatollah Khamenei tweeted to US President Trump right before he then killed Iranian Revolutionary Guards Council head Qassem Suleimani--"You can't do anything." So in the case of the PBOC, keep lowering the reserve requirement ratio further to no real effect; or in the case of the FOMC, kidding yourself rates are on hold even as you do more and more NOT QE to keep the ship afloat for now.

China Has Ground To A Halt: "On The Ground" Indicators Confirm Worst-Case Scenario