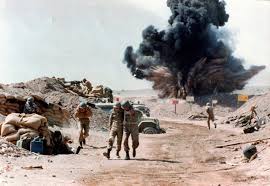 John Kerry crafting the agreement with Iran always stressed that if Iran fails to meet the requirements of the current deal, all options remain on the table. With this in mind, we should not give the Obama administration too much credit for bringing us a great or even good agreement.

Remember that during the Obama years many people considered Middle-east policy a mess as he flip-flopped ignoring the red lines he boldly drew in the sand. At the time, Iran held more cards than we were told because ISIS was a growing threat. In many ways, Iran held the fate of Baghdad in their hands. If the Shia militias from Iran that were defending Baghdad wavered both the Iraqi capital and the American Green Zone could have come under fire from ISIS, this would have been very embarrassing for Obama and our government. When Kerry talked about offsetting the one hundred and fifty billion dollars Iran was to receive when the sanctions were lifted by "upping our game in the area" questions arise as to the cost and how Washington intended to pay for this gambit.

While officials claimed the agreement would halt much of Iran's nuclear program and ratchet back other elements, several U.S. senators, both Democrat and Republican, voiced displeasure with the agreement. They argued that the U.S. and its partners offered too much for something short of a full freeze on uranium enrichment. Also, if part of the boatload of money released at the signing of the agreement was used to fund Iran's many proxy wars it would create chaos. If  Iran does not halt and reverse its course it can always ramp up its plans to develop a nuclear bomb at off-site locations.

What name did the Nazis call themselves?