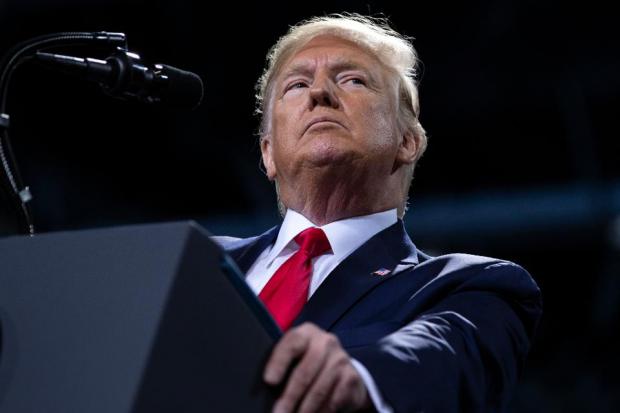 In the wake of missiles and plane crashes, it's likely to be the kind of day market analysts refer to as: "fast evolving".

The big news is about Iran shooting off a bunch of dumb missiles at well prepared US bases in Iraq.  But we're not asking questions about how an ant of a country like Iran hopes to hurt the American Elephant… The uncertainty is all about how the American President will react.  And if Trump does decide to go full Travis Bickle and retaliates – what signal might it send? Small terrorist-harbouring nations assuming asymmetric warfare means they are protected by the basic decency and the established law and order of the West… will have to think again.

It's going to be interesting…

After yesterday's histrionics and crowd stampede at the funeral, the Iranians had no choice but to respond to the Soleimani execution.. Firing fairly inaccurate ballistic missiles off into the desert at well dispersed airbases makes lots of noise and looks spectacular – but are unlikely to have caused much damage or casualties (unless both sides got unlucky.)

Trump can shrug it off, look statesman-like, and get on with the main business of the November election. Or maybe something dramatic – say the USAF carpet bombing Tehran with leaflets just saying… "Next Time.."  That's probably over-subtle for Donnie.

My bet is that whatever happens next, markets will quickly shrug it off…. The chances for de-escalation look high, but….

It's not often I write about Gold.  However, so many articles are talking about why we might be in a Gold Bull Market, it's probably worth thinking about.  Yesterday I was chatting to my commodities colleague, Ashley Booell.  Last year, he predicted Gold would enter a bull phase, calling for$1580 in mid 2019 – which it hit.  Now his target is $1630, and if it builds a "proper foundation" there, then a $2000 scenario is possible.

Ashely says: "A lot of people describe gold as a hedge against inflation and a store of value. I'd go further by saying that gold is insurance against market and geopolitical insanity. And right now, things are bloody insane." He predicted gold could rally on the trifecta of market risk, geopolitical risk and recession risk. "Have these gone away? Hell no!" he told me.

"They're like the three parts of a trident wielded by a very angry titan that can't wait to shatter the financial system. But jokes aside, it is rare for these three risks to be so strong at the same time. Each of them can easily add $ 100 to gold's price if things get bad."

Sure enough, Gold hit $1620 last night before sliding back a tad.

Aside from reacting to market events, what is the point of Gold? Its only inherent values are its scarcity and an indicator of inflationary threats.  It yields diddley-squat – just like a bund! It massively over-performs in time of panic and meltdown, and massively corrects as calm is restored.  Its primary investment purpose is as an inflationary hedge, but that vanished following the death of inflation after central bank monetary experimentation – leading to a price collapse in 2013 when it became clear financial asset inflation was de-linked from real world deflationary threats as a result of QE and other policy mistakes.

Why is Gold now rising? All risk assets rose through 2019 on the back of easy monetary policy, and Gold got dragged higher in the slipstream, and because it might prove a hedge if the Central Bank confidence rally broke. The move this year is largely ascribed to unpredictable US policy and potential instability in the wake of the assassination of General Soleimani.

But… there is also an element of the rise that is due to increasing signals that rising inflation expectations are returning. There are similar signals in rising market activity in inflation linked bonds and hedges. Is Gold telling us something about inflation we don't understand or haven't spotted?