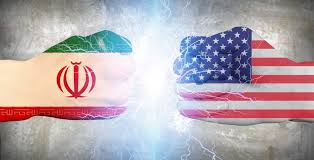 President Trump will be making a statement about this attack on Wednesday, U.S. Senator Lindsey Graham is calling the attack "an act of war", and the top headline on the Drudge Report at this hour consists of just two words: "It's War!"  Of course the Iranians were already calling this conflict a "war" even before they decided to start firing missiles at us, but this definitely escalates matters.

The Iranians warned us that this was coming, but it was still absolutely stunning to see it actually play out.  Ayatollah Khamenei had mandated that any retaliation must be "proportional" and carried out by the Iranian military directly, and that is precisely what happened.

And according to the Daily Mail, Khamenei "was personally in the control center coordinating the attacks".

The good news is that the initial damage reports seem to indicate that there were no U.S. casualties.  The following comes from Fox News…