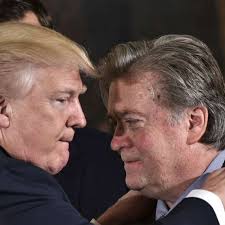 Bannon indicated that the move would hurt Trump's support among "working-class, middle-class people, particularly people whose sons and daughters actually fight in these wars", who had backed Trump in 2016 because of his promise to scale back the U.S. role in the Middle East.

Bannon went on to suggest that the Soleimani killing could cause an unnecessary escalation of tensions between the United States and Iran.

"Why was it necessary to kill this guy and to kill him now and to exacerbate the military issues, given the fact that President Trump looks to us as someone who's not trigger happy?" he said.