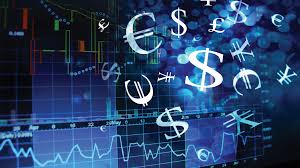 The reports at the start of the week were that Orange Man Bad had spun up a Middle East mob of whirling dervishes beyond recall.  World War III was imminent.

But after Iran's token missile launch on Tuesday, with no American causalities, President Trump Tweeted: "All is well!"

Then, on Wednesday, major U.S. stock indices gave the "all clear" signal.  By Thursday, the Dow Jones Industrial Average (DJIA), the S&P 500, and the NASDAQ were all marching to record highs.  The DJIA even came within a horse's hair from taking out 29,000.

What's more, the price of crude oil fell below where it was before Soleimani was killed.  No harm, no foul.  What to make of it?

According to traders, everything is awesome.  Still, we have some reservations.  Our best guess is that this week's agreeable flow of news will be followed by a disagreeable ebb.  Conceivably, it marks the first paragraph of a new chapter in America's forever war in the Middle East.