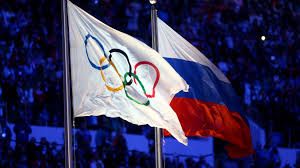 One case in point is the January 2 Reuters article "Use 1992 Yugoslavia Precedent for Russians in Tokyo – Historian". With a stated "some Russians", that article suggestively under-represents the actual number of 2018 Russian Winter Olympians at Pyeongchang, while supporting a hypocritically flawed aspect, having to do with Yugoslavia in 1992.

The downplaying of Russian participation at Pyeongchang, is seemingly done to spin the image of many Russian cheats being kept out. At the suggestion of the World Anti-Doping Agency (WADA), the International Olympic Committee (IOC) closely vetted Russians for competition at the 2018 Winter Olympics. In actuality, the 2018 Russian Winter Olympic participation wasn't so off the mark, when compared to past Winter Olympiads – something which (among other things) puts a dent into the faulty notion that Russia should be especially singled out for sports doping.

BS aside, the reality is that geopolitical clout (in the form of might making right), is what compels the banning of Yugoslavia, unlike superpowers engaged in behavior which isn't less egregious. Although a major world power, contemporary Russia lacks the overall geopolitical influence of the USSR. Historian Stephen Cohen and some others, have noted that post-Soviet Russia doesn't get the same (for lack of a better word) respect accorded to the USSR. This aspect underscores how becoming freer, less militaristic and more market oriented doesn't (by default) bring added goodwill from a good number of Western establishment politicos and the organizations which are greatly influenced by them.