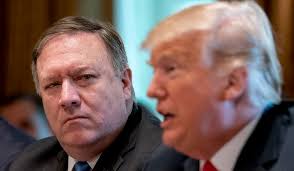 Those include the right to a speedy trial, right to effective assistance of counsel, right to be remain silent, right to trial by jury, and right to confront adverse witnesses.

It's worth noting that that the national-security state's power to assassinate people also violates the Bill of Rights, specifically the Fifth Amendment, which reads in part as follows:

"No person shall be … deprived of life … without due process of law."

There are two important points to note about that restriction on the power of the federal government:

One, the restriction is not limited to American citizens. By the use of the word "person," rather than "citizen," the protection extends to everyone in the world.  The federal government is prohibited from killing anyone, citizen or foreigner, without due process of law.

Two, notice that our ancestors included no exceptions to this restriction. That is, the restriction does not say: "No person shall be deprived of life without due process of law, unless the federal government deems it necessary to protect national security." There are no exceptions whatsoever.

AT&T In 'Advanced' Talks To Combine HBO, CNN, Discovery And Other Media Assets