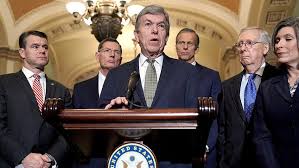 Republicans have warned for months that they will not dismiss the two articles of impeachment against Trump, predicting a trial will end with votes on either acquitting or convicting him.

But Trump revived talk of trying to dismiss the articles over the weekend, saying the Senate was "giving credence" to the allegations against him by having a trial.

"Many believe that by the Senate giving credence to a trial based on the no evidence, no crime, read the transcripts, 'no pressure' Impeachment Hoax, rather than an outright dismissal, it gives the partisan Democrat Witch Hunt credibility that it otherwise does not have. I agree!" Trump tweeted on Sunday.