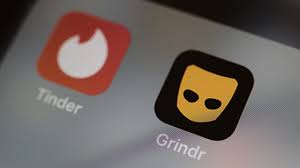 A new report by the Norwegian Consumer Council (NCC) details how Grindr, which markets itself as the "world's largest social networking app for gay, bi, trans and queer people," shares the GPS data, IP addresses, ages and genders of its users with a multitude of third-party companies to help them improve advert targeting.

According to the government-funded non-profit organisation, the sharing of this data implicitly discloses users' sexual orientations.

The report, titled "Out of Control", examines the collection and use of personal data by 10 popular apps and concludes that the advertising industry is "systematically breaking the law".

"Every time you open an app like Grindr, advertisement networks get your GPS location, device identifiers and even the fact that you use a gay dating app," Austrian activist Max Schrems said in a statement by the NCC.

Coronavirus Could Be on the Verge of Worldwide Breakout

Assange's US Extradition Hearing Opens Monday: The Fight for the Free Press Is Now On