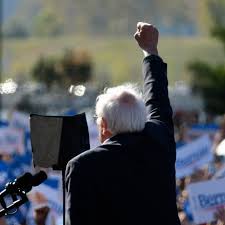 An undercover operative for Project Veritas has filmed a rabid Bernie Sanders field organizer who claims that "cities will burn" if President Trump is reelected this year, and that Trump supporters will need to be reeducated in literal gulags, similar to what Germany did to 'Nazified' Germans after World War II.

"Do you even think, that some of these, like, MAGA people could be "re-educated?" asks the Veritas journalist in a preview of Tuesday's exposé (set for full release at Noon, ET).

"We gotta try, so like, in Nazi Germany after the fall of the Nazi party, there was a shit-ton of the populace that was fucking Nazi-fied," said field organizer Kyle Jurek.