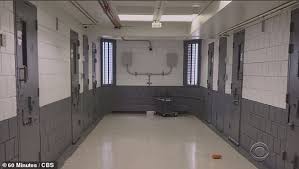 Jeffrey Epstein's former cellmate has called for an inquiry into the missing security footage from outside the cell he shared with the sex criminal.

It comes after federal prosecutors claimed surveillance video taken outside of Epstein's cell during his first alleged suicide attempt at the Manhattan Correctional Complex was destroyed due to a record-keeping error.

The lost footage was taken outside of the cell that Epstein shared with accused quadruple murderer Nick Tartaglione on July 22-23, two weeks before the sex criminal's death in a different cell.

In court documents filed on Monday, Tartaglione's attorney asked for a hearing to examine 'the circumstances' of the video's destruction.

The papers asked the court to 'conduct a hearing into how the video was destroyed, who was responsible for its destruction, and why it was not preserved.'

Attorney Bruce Barket added that the current official explanation as to why the tapes is 'inadequate as it is non-specific, unsworn and unattested.'