> How One Librarian Tried to Squash Goodnight Moon - Freedoms Phoenix 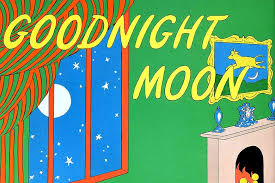 On Monday the New York Public Library, celebrating its 125th anniversary, released a list of the 10 most-checked-out books in the library's history. The list is headed by a children's book—Ezra Jack Keats' masterpiece The Snowy Day—and includes five other kids' books. The list also includes a surprising addendum: One of the most beloved children's books of all time didn't make the list because for 25 years it was essentially banned from the New York Public Library. Goodnight Moon, by Margaret Wise Brown, would have made the Top 10 list and might have topped it, the library notes, but for the fact that "influential New York Public Library children's librarian Anne Carroll Moore disliked the story so much when it was published in 1947 that the Library didn't carry it … until 1972." Who was Anne Carroll Moore, and what was her problem with the great Goodnight Moon?

As it turns out, this footnote on the NYPL's anniversary list hints at a rich, surprising story of power, taste, educational philosophy, and the crumbling of traditional gatekeepers. Moore was appointed the NYPL's first "superintendent of work with children" in 1906, at a time when the very idea of children even being allowed into libraries was brand-new. (Children who couldn't read yet would gain nothing from a library, the theory went, and older children might be corrupted by all the trashy adult books.) Moore oversaw the beautiful Central Children's Room in the library's flagship building on Fifth Avenue. As Leonard S. Marcus writes in his biography of Margaret Wise Brown, Moore became perhaps the leading figure in popular children's books in the first half of the century, and many of her methods seem strikingly modern. She scheduled scores of story hours for children; she encouraged any children who could sign their names to check out a book; she trained librarians drawn from a diverse range of backgrounds and then sent them out into a city of immigrant children, preaching the gospel of reading.

She was also a tastemaker whose NYPL-branded lists of recommended children's books could make or break a book's fortunes. "Other libraries around the country looked to the NYPL, and if she didn't buy it, they didn't buy it," explains Betsy Bird, a children's book blogger and longtime NYPL librarian who's now at the Evanston Public Library in Illinois. "If Anne Carroll Moore didn't like a book, she could effectively kill it." Marcus writes that "editors, authors, and illustrators routinely stopped by to visit with Miss Moore and seek her counsel on their works in progress"; she supposedly had a custom-made rubber stamp reading "NOT RECOMMENDED FOR PURCHASE BY EXPERT," and she was not afraid to use it.

But Miss Moore's taste was particular. She loved Beatrix Potter and The Velveteen Rabbit and was a steadfast believer in the role of magic and innocence in children's storytelling. This put her in opposition to a progressive wave then sweeping children's literature, inspired by the early childhood research of the Cooperative School for Student Teachers, located on Bank Street in Greenwich Village. The Bank Street School, as it became known, was also a preschool and the teacher training facility where Margaret Wise Brown enrolled in 1935. This progressive wave was exemplified by the Here and Now Story Book, created by Bank Street's leading light Lucy Sprague Mitchell in 1921. A collection of simple tales set in a city, focusing on skyscrapers and streetcars, it was a rebuttal to Moore's "once upon a time" taste in children's lit.