> VIOLENCE: Will You Panic When You Least Expect It? - Freedoms Phoenix 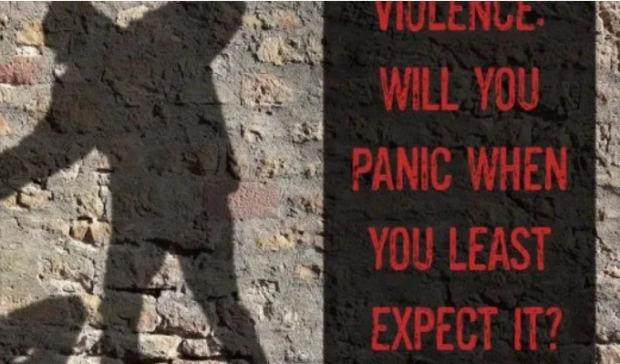 Violence is everywhere we look. We see it on television. We see it at the theater. We read it in books, magazines, articles, and social media posts. We view it in online videos, and we regard it in photographs and art. The video game market is flooded with games that "contain violence," and so are the news headlines.

Some of us receive it, and some of us may even dish it out. But violence isn't actually perceived the way most of us might expect it to be because we aren't totally immersed in the event without availability to all our senses.

Until then, violence cannot impact us completely, which therefore taints our perception of its true nature.

How can this be accurate?

I know; I get it. Pretty much all of us have experienced violence in some form or another. And this is where I have to give a hard pass to dedicated farmers, ranchers, homesteaders, law enforcement, firefighters, first responders, military, and similar professions because they deal with the entire spectrum of violence 'in real-time and in real life.'

But the rest of us, not so much.

What does a homesteader have in common with a police officer? They both run the gamut of life to death regularly. There is violence in both the first breath and the last; the newborn chick and newborn baby, the severed artery of the buck's throat, and that of the lone pedestrian. However, the majority of human beings aren't involved in any of this, and only experience one or two facets of violence at any given time.

I witnessed this over the weekend.

It was late, late Friday night, when all the storms were moving east, dumping snow on the north and building up power for tornadoes in the south, that I first heard the thuds and thumps. The wind was howling and blowing in all different directions, and the rain was driving first one way then the other, so it was the perfect time for a scary night.

In the beginning, I thought the loud thumping was my garbage container being blown down the street, but after checking, it clearly wasn't that.  Securing the back door, I went to the front and, upon opening it, heard screams. Needless to say, I instantly became more alert, and the hair stood up on my arms and neck. And I felt shaken to the core.

We don't live in a high crime area, and while I've had to call the police non-emergency line for things like vehicles pumping out loud bass, actually dialing 911 is almost a non-thing. This particular night would be different. As the dispatcher voiced those words we all hear in one form or another when someone dials 911 in movies or on television, I continuously heard high pitched screams, although they were slightly muffled, along with those damnable thuds and thumps, and my own words couldn't wait to get out.

I had already panicked.

The 911 dispatcher heard it in my voice before I could even get my address out. I heard it in my voice, and as I struggled to calm myself down as the screaming continued, not only were my thoughts racing about what was being done to someone somewhere, but I was also trying to understand why I had panicked in the first place.

And, worse, and against all logic, I wanted to bolt out the door and find whoever was screaming and get them to safety instead of painstakingly telling someone else what was going on. Thankfully I was able to focus on the dispatcher's voice and answer her questions. What was I hearing? Could I see it? Where was it coming from? Next door? Next street over?

It was at this point I remembered a neighborhood rumor; that our next-door neighbor beat his girlfriends. I had never seen it happen, but I did know from experience that he was far from being a kind man. But, I had never seen him hurt a human being like some of the older people in the neighborhood had.

So now, as the thumping continued, my blood began to run cold. Was that a body being flung around? Were the screams coming from his girlfriend?

And then all the raucous stopped.