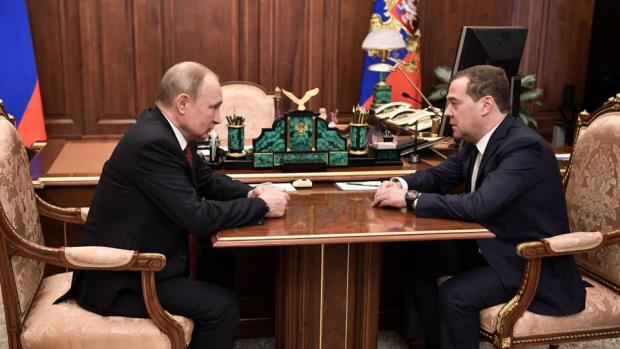 Despite what appears a drastic shake-up afoot, Reuters suggests it's part of a plan that could result in Putin extending his power despite a constitutional ban currently in effect preventing him from running for more than two consecutive terms. It appears a bid for him to handpick the new government and enact reforms that could weaken his future successor.

"President Vladimir Putin on Wednesday proposed a nationwide vote on sweeping constitutional changes that would shift power from the presidency to parliament and the prime minister, a move that could allow him to extend his rule after leaving the Kremlin," Reuters comments.

Medvedev said the government resignation means Putin will decide the new government's make-up, after which the now former prime minister appears to have been appointed head of the security council.

So despite it appearing that Putin is perhaps actually giving away power, it must be remembered that his presidential term doesn't expire till 2024.

The #Russian constitution gives enormous powers to the President allowing #Putin to almost enact whatever he would like. In the past when Putin term came up, he either extended the term limit of the presidency or stepped down and became PM while giving the PM role lots of power

The Russian Prime Minister Resigns And No One Knows Why