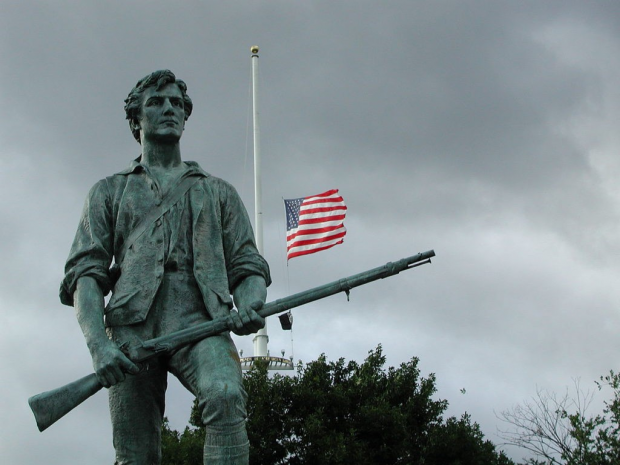 "A well regulated militia, being necessary to the security of a free state, the right of the people to keep and bear arms, shall not be infringed." – The Second Amendment to the US Constitution

In the right (or wrong) hands, benevolent plans can easily be put to malevolent purposes.

Even the most well-intentioned government law or program can be—and has been—perverted, corrupted and used to advance illegitimate purposes once profit and power are added to the equation.

The war on terror, the war on drugs, the war on illegal immigration, asset forfeiture schemes, road safety schemes, school safety schemes, eminent domain: all of these programs started out as legitimate responses to pressing concerns and have since become weapons of compliance and control in the police state's hands.

Mark my words: gun control legislation, especially in the form of red flag gun laws, which allow the police to remove guns from people suspected of being threats, will only add to the government's power.

These laws, growing in popularity as a legislative means by which to seize guns from individuals viewed as a danger to themselves or others, are yet another Trojan Horse, a stealth maneuver by the police state to gain greater power over an unsuspecting and largely gullible populace.

Seventeen states now have red flag laws on their books.

That number is growing.

As The Washington Post reports, these laws "allow a family member, roommate, beau, law enforcement officer or any type of medical professional to file a petition [with a court] asking that a person's home be temporarily cleared of firearms. It doesn't require a mental-health diagnosis or an arrest."

In the midst of what feels like an epidemic of mass shootings (the statistics suggest otherwise), these gun confiscation laws—extreme risk protection order (ERPO) laws—may appease the fears of those who believe that fewer guns in the hands of the general populace will make our society safer.

Of course, it doesn't always work that way.

With these red flag gun laws, the stated intention is to disarm individuals who are potential threats… to "stop dangerous people before they act."

While in theory it appears perfectly reasonable to want to disarm individuals who are clearly suicidal and/or pose an "immediate danger" to themselves or others, where the problem arises is when you put the power to determine who is a potential danger in the hands of government agencies, the courts and the police.

We've been down this road before.

Remember, this is the same government that uses the words "anti-government," "extremist" and "terrorist" interchangeably.

This is the same government that keeps re-upping the National Defense Authorization Act (NDAA), which allows the military to detain American citizens with no access to friends, family or the courts if the government believes them to be a threat.

This is the same government that has a growing list—shared with fusion centers and law enforcement agencies—of ideologies, behaviors, affiliations and other characteristics that could flag someone as suspicious and result in their being labeled potential enemies of the state.