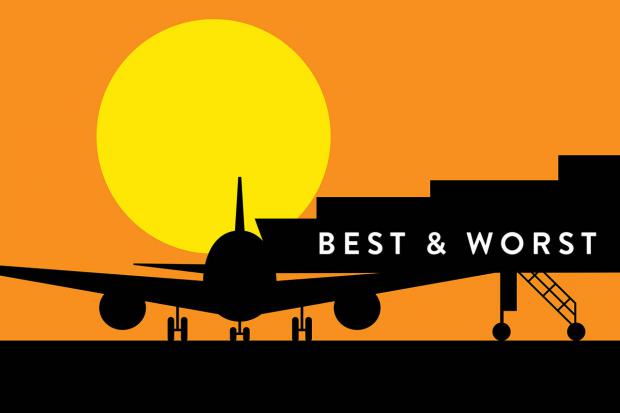 -Delta and Alaska were the top two airlines, while United and American the worst

-Delta involuntarily bumped a total of nine passengers for the year; American bumped more than 15,000

Airline rankings for 2019 have been released, crowning Delta as the top U.S. carrier and ranking United and American as the worst.

The rankings released on Wednesday by the Wall Street Journal rely on federal and private data to score the airlines in seven categories, including on-time arrivals, cancelled flights, and mishandled baggage.

The data show an overall increase in passenger misery in 2019, with higher rates of flight cancellations, long delays, bumped passengers and consumer complaints.

However, amid the dreary news for fliers Delta managed to excel, according to WSJ airline and travel columnist Scott McCartney.

Southwest and Alaska tied for second overall in the latest Scorecard. Alaska has been first or second in the rankings since 2010. Southwest finished in third place the previous two years.

At the other end of the spectrum was American, making it the third time in five years that American has earned the bottom spot in McCartney's rankings.

The data showed a massive gulf between first-place Delta and last-place American in a number of categories.

On baggage, Delta averaged 1,345 late or lost jobs each day for the year, while American's number was more than double that.