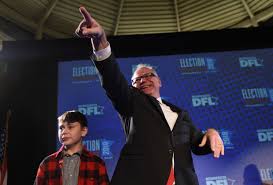 Walz boasted, "The inn is not full in Minnesota."

To justify this program, Walz claims that refugees bring benefits to the state. However, he forgot to mention Somali welfare fraud and Somali unemployment, which was triple that of Minnesota's unemployment rate.

She believes that Somali refugees should go back to their countries, but the political class and interest groups pushing mass migration are impeding that. Churches are funded for "settling" the refugees.

Such refugee inflows have grown bureaucracy profoundly, as governments have to cater to these migrants who have low skills and aptitudes conducive towards assimilation. None of this comes free, as taxpayers have to fork over considerable money to resettle these refugees and provide them with public services.