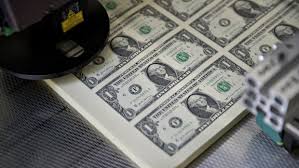 Never mind that Chairman Jerome Powell tells everyone his efforts to shore up funding markets are "in no sense" QE. Try as policy makers may, they've lost the ability to convince people that Treasury purchases aren't at least partially why the Dow Jones Industrial Average is up almost 4,000 points since late August.

Sure, it's all labels. If you want to call it QE, you can. Or not. If you want to ascribe the rally to Powell, that's up to you. Certainly the Fed thinks it's on solid ground. Rather than trying to drive down long-term interest rates to stimulate the economy, a la QE, it's simply buying T-bills to keep the financial system's plumbing in order.

The problem for policy makers is that perceptions matter in shaping sentiment. If everyone believes central bank largess is pushing up prices, what happens in the market when it's turned off?

"Whether the Fed's liquidity injection impacted directly the economy or the pricing of assets or not, it's certainly true that a lot of people think it did," said Jim Paulsen, Leuthold Group Inc.'s chief investment strategist. "Whether anything is going to change if the Fed takes it away doesn't matter. If enough people feel it will, then it's going to impact markets."

In October, the Fed began buying $60 billion of Treasury bills per month, a move policymakers deemed as a "purely technical" way to improve control over the benchmark interest rate they use to guide monetary policy. Monthly purchases of Treasury bills will extend at least into the second quarter of 2020, officials reiterated last month.