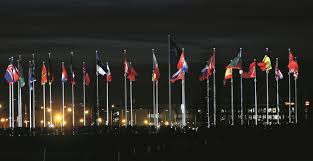 Forged in the early stages of the cold war, the alliance originally included most of the leading non-communist states in Western Europe, as well as Turkey. It was intended to deter any attacks orchestrated by the Soviet Union and was defensive in nature.

Currently NATO is an anachronism as the Soviet Union collapsed in 1991, but the desire to continue to play soldier on an international stage has granted it a measure of life support. Indeed, the alliance is regularly auditioning for new members. Its latest addition is Montenegro, which has a military consisting of 2,000 men and women, roughly one brigade. If Montenegro should be attacked, the United States is obligated to come to its assistance.

It would all be something like comic opera featuring the Duke of Plaza Toro but for the fact that there are certain things that NATO does that are not really defensive in nature but are rather destabilizing. Having expanded NATO right up to the border with Russia, which the U.S. promised not to do and then reneged, military exercises staged by the alliance currently occur right next to Russian airspace and coastal waters. To support the incursions, the myth that Moscow is expansionistic (while also seeking to destroy what passes for democracy in the West) is constantly cited. According to the current version, Russian President Vladimir Putin is just waiting to resume control over Ukraine, Georgia, Poland and the Baltic States in an effort to reconstitute the old Soviet Union. This has led to demands from the usual suspects in the U.S. Congress that Georgia and Ukraine be admitted into the alliance, which would really create an existential threat for Russia that it would have to respond to. There have also been some suggestions that Israel might join NATO. A war that no one wants either in the Middle East or in Europe could be the result if the expansion plans bear fruit.