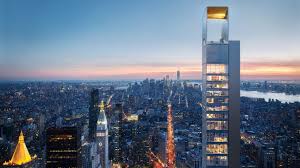 In Manhattan, the homeless shelters are full, and the luxury skyscrapers are vacant.

Such is the tale of two cities within America's largest metro. Even as 80,000 people sleep in New York City's shelters or on its streets, Manhattan residents have watched skinny condominium skyscrapers rise across the island. These colossal stalagmites initially transformed not only the city's skyline but also the real-estate market for new homes. From 2011 to 2019, the average price of a newly listed condo in New York soared from $1.15 million to $3.77 million.

But the bust is upon us. Today, nearly half of the Manhattan luxury-condo units that have come onto the market in the past five years are still unsold, according to The New York Times.

What happened? While real estate might seem like the world's most local industry, these luxury condos weren't exclusively built for locals. They were also made for foreigners with tens of millions of dollars to spare. Developers bet huge on foreign plutocrats—Russian oligarchs, Chinese moguls, Saudi royalty—looking to buy second (or seventh) homes.

Dutch couple move into Europe's first 3D-printed home which can be built in just FIVE days...