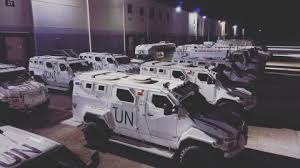 As Mark Twain said, history may not repeat, but it sure does rhyme. Please consider the following:

Virginia Governor Ralph Northam is the modern day equivalent to Lord Dunmore, the Governor of the Colony of Virginia, headquarted in Virginia. On November 25, 1776, Dunmore decreed martial law in the proclamation listed below.. The document was published in a Virginia Gazette, promising to free slaves who would fight for the crown. Dunmore's goal was to disarm Patriot, just as British troops attempted to do at Lexington and Concord.

With regard to Lexington and Conrord, British General Gage sent soldiers on April 18 to Concord to seize or destroy its gunpowder. Forewarned, the rebels hid the powder and the next day fought what became known as the Battles of Lexington and Concord. April 21, the day Governor Dunmore raided the Williamsburg Magazine, South Carolina patriots seized the powder in Charleston. The day after, Benedict Arnold—not yet a traitor—led forty men to seize the powder in New Haven, Connecticut. April 25, Maryland patriots confiscated the powder from a Baltimore storehouse. True to history, when a planned subjugation is being implemented, seizing the guns is the first step. And seizing the guns, historically, is a precursor to absolute tyranny, at minimum, and at most, it is the harbinger of goverment sponsored genocide.Let's shift our attention to the modern-day.