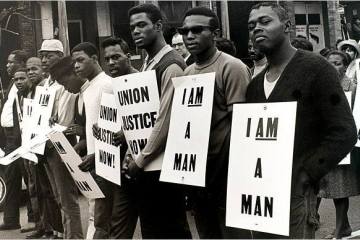 With the violent crime rate increasing disproportionately in urban communities, it's no surprise that a recent phone survey of black voters found that 80 percent felt gun violence was an "extremely serious" problem. However, it seems this surge in violence actually has many in the black community changing their views on gun ownership.

In 1993, 74 percent of African-Americans favored gun control. Fast forward to 2018, and a Crime Prevention Research Center report found that concealed carry permits are on the rise – especially among minorities. In Texas alone, the number of blacks with permits has grown by almost 140 percent since 2012. Overall, this growth in the number of permits for blacks is happening 20 percent faster than for whites.

This increasingly positive attitude toward firearms might not be a new paradigm, but rather a return to form.

In this three-part series on militias in America, Early American Militias: The Forgotten History of Freedmen Militias from 1776 until the Civil War and American Militias after the Civil War: From Black Codes to the Black Panthers and Beyond provide detailed looks at the history of militias in early and post-Civil-War America. This guide takes a final look at how militias played a vital role in the Civil Rights Movement, an important piece of America that's missing from our history books.

Few are aware that weapons played a pivotal part in the American Civil Rights Movement, specifically through Robert F. Williams. A curious figure in American history, Libertarians are quick to lionize him and his radical approach to black self-defense, but they'll quickly cool when they learn of his longstanding association with leftist totalitarian politics and governments. Conservatives likewise might initially find themselves infatuated with a man who did not wait for "big government" to deliver his people, but rather leveraged the Second Amendment. Liberals, for their part, might find something to admire in Williams' notion of liberation, but will recoil in horror when learning that his preferred vehicles for change were the NAACP (great!) and the NRA (terrible!).

Williams was many things, but chief among them was a harbinger of things that would come long after he had fled the United States for what he considered greener pastures in Fidel Castro's Cuba. He stands across the divide, separating the non-violent, electoral, protest-oriented phase of the Civil Rights Movement in the early 1960s from the later, more militant and direct-action-oriented phase that would arise in the mid-to-late 1960s as the movement became more frustrated (particularly after the assassination of Martin Luther King).

Born in North Carolina in 1925, Williams' experience mirrors that of many African-Americans of his generation. He moved to Detroit as part of the Second Great Migration, where he was privy to race rioting over jobs. He served in the then-segregated United States Marine Corps for a year and a half after being drafted in 1944. Upon returning to his North Carolina hometown, Williams found a moribund chapter of the NAACP. With only six members and little opposition, he used his USMC training to commandeer the local branch and turn it in a decidedly more military direction. The local chapter soon had over 200 members under Williams' leadership. If nothing else, his leadership was effective at building the movement from the ground up.