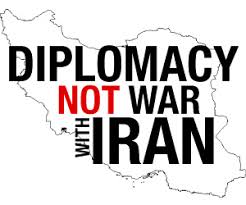 Chris' note: Today, we have a brand-new Conversations With Casey for you.

As you know, the US killed Iran's top general, Qassem Soleimani, on the orders of President Trump earlier this month. And now, many people are wondering what's next.

I wanted to get our founder Doug Casey's thoughts on this major news. As usual, Doug didn't hold anything back.

Below, Doug tells me why this is further proof that Trump has no philosophical core… why the US has turned into a rogue bully… how Iran might retaliate next… and much, much more.

Chris Reilly, managing editor, Casey Daily Dispatch: Doug, as you know, the US killed Iran's top general, Qassem Soleimani, on the orders of President Trump. The story continues to dominate the news. And everyone's wondering what's next.

I'll ask you about that in a moment. But first, I'd like to know what your initial thoughts were when you heard the news…

As you may know, I've always had mixed feelings about Trump. I'm pro-Trump insofar as he's a cultural traditionalist. He's anti-politically correct, and that's why he has the support of Middle America. And he's reduced regulation in a number of areas, which is great. But Trump has absolutely no philosophical core. He flies entirely by the seat of his pants.

He's an economic ignoramus. His fiscal and monetary policies amount to Modern Monetary Theory. He thinks ultra-low interest rates are always, and necessarily, a good thing. He's a pathological borrower. His tariffs may be catalysts for Stage Two of the Greater Depression. Sorry to go off on a tangent about The Donald. But – whatever his virtues – he's not thoughtful, well-educated, or stable. He's a narcissist, and shows universally bad judgment in choosing the people he surrounds himself with.

In Aspen, where I spend the northern summer, I know a guy who may be Trump's oldest and best friend. He's not a Democrat… I'm not going to mention his name. He's of the opinion that although Trump is a fun guy, is not stupid, and has some virtues, he's basically an unhinged personality. Capable of absolutely anything. He thinks that Trump's about the worst possible choice for being president, simply because you shouldn't have a loose cannon running the country. I'd only add that there shouldn't be anyone "running the country," if only because the people who want to do it are inevitably sociopaths.

This isn't the time to discuss that issue, except to say Donald sees only the immediate and direct consequences of an action. He's apparently unable to see the delayed and indirect consequences. And that includes the drone strike on Soleimani.

The US, increasingly over time, has turned into a rogue bully; it's no longer either loved or admired. It's not even respected, just feared – but only the way you might fear a nasty 250-pound drunk. It has this gigantic hammer – the US military; it makes everything look like a nail to them. It's bankrupting the country, staggering around, picking fights and making enemies everywhere.

The US Government's attitude towards Iran is especially stupid. I'm not a fan of the theocrats in Tehran – they're a disaster in every way. But they're absolutely no threat to America. We've never had a single instance of an attack by Iranians against Americans. The US populace, however, has been made to think they're a threat because of a massive forty-year-long propaganda campaign. They're no more of a threat than was our ex-ally Saddam Hussein. Or, for that matter, Gaddafi in Libya or Assad in Syria. Iran is a threat to no one – not even Israel. And even if it was, Israel is not our problem.

In any event, you can expect the Iranians to react very much the way any government would if a foreign government overtly took out a high government official. It's almost dishonorable for them not to react. But they know they're basically a 97-pound weakling confronting a 250-pound drunk. They'll pick their time and place. You can't pretend you're in any way worthy if you let a bully beat you up at will.

Chris: How do you think Iran will retaliate?

Doug: Well, they have to be careful how they retaliate. Launching a serious overt military strike against the US – which is armed with ultra-powerful weapons and has Iran surrounded by military bases on every side – makes no sense at all. But they'll find some way to counterattack, probably subtly. Asymmetrically.