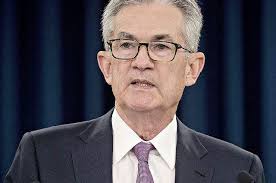 He also hasn't been shy with his warnings - at the risk of being labeled a chicken little - that stocks will get crushed during the next downturn, even as the rest of the market sees every pullback as a dip to buy, and every disappointing economic print as another reason to root for another rate cut.

And during the first-ever Doubleline "Round Table Prime" featuring a handful of guests. In keeping with the theme, the panel stared with a discussion of the current state of monetary policy, and the cognitive dissonance surrounding the Fed's repo operations, and Powell's unwillingness to label it what it truly is: QE4.

As several of the panelists pointed out, here we are, already well into January, and the market is still grasping for the Fed's liquidity teat.

Which is why central banks will have no choice but to remain accomodative over the coming year, according to David Rosenberg of Rosenberg Research. Even referring to the Fed's rate cuts as a 'return' to loose monetary policy by the world's biggest central banks is misleading. The Bank of England is the only one of the world's main central banks aside from the Fed that managed to raise interest rates. And it's not like the Fed managed to get us that far off the zero bound before the potentially Trump-inspired about-face.

Rosie added that even though the economy is humming right now, the Fed's "rosy" economic outlook could be dashed by the weakness that's already beginning to show in the US consumer.