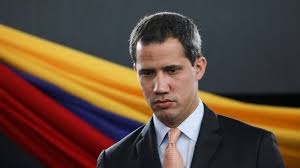 In a phone call with no less than Vice President Mike Pence himself, Guaido was told that if he declared himself president the US would back him. So…he did.

Guaido hadn't received a single vote to be president in Venezuela's election – in fact he never even ran for the office – but such absurdity has never stopped the US government from backing military coups overseas. All done in the name of "democracy," to be sure.

News of US recognition of Guaido as the lawful president of Venezuela led to an avalanche of lies meant to bolster Washington's claim that Maduro must be overthrown because he was making war on his own people. The claim that the elections were invalid because of fraud were the product of the Foggy Bottom foghorn, amplified by US government funded entities like the Organization of American States instead of any actual evidence or investigation.

The US government staged several stunts on Venezuela's border with Columbia in attempt to provoke the Maduro government into over-reaction. Washington claimed that much-needed aid was sitting on the border but Maduro had closed it off – a lie easily debunked by the fact that the border crossing had never been open. Washington's tears over the suffering Venezuelans were more of the crocodile variety. After all, an estimated 40,000 Venezuelan civilians have died in the chokehold of increasingly crippling US sanctions and none of Washington's regime changers has raised a whisper about the suffering.