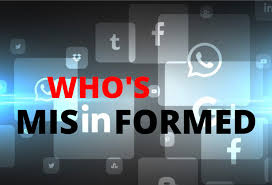 Social media began a very noticeable silencing of comments, facts, stories and literature that "they" determined fell into the category of vaccination 'misinformation.'

Probably not coincidentally, at the exact same time Big Tech's vaccine censorship campaign clamped down, a battle initiated within state legislatures through America. A record 221 vaccine-related bills were introduced, fast-tracked, and raced to be enacted.

People affected by the bills were left with limited communications systems to discuss, debate and organize around the proposed legislation. Health experts attempted to gaslight the public, parroting the played out lie that "the science is settled," and there was no debate surrounding the vaccination topic. Legislatures dismissed valid questions and debate as 'anti-vaxer' rhetoric.

Still, 77 of the bills filed in 2019 expanded individual liberty, choice, and autonomy. This was up from only 47 in 2018, proving there are several aspects to the ongoing debate

Across the board, corporate media outlets—CNN, Washington Post, VICE, LA Times and virtually every other outlet—championed the online censorship. They took every opportunity to support, promote, amplify and increase censorship's intensity.

The irony of journalists who omit balanced reporting on the vaccine topic championing the censorship of American citizens freely engaging in open discussion was not lost.

Scientists, medical professionals, journalists and parents who cautioned against or disapproved of the heavy censorship caught heavy flak from the corporate media. They were aggressively and unjustly labeled 'anti-vaxers,' 'flat-earthers,' 'conspiracy theorists,' and several other untrue labels.

Yet everything may change as we enter 2020. Something paradigm shifting happened, whether Big Pharma's puppets and pawns choose to tell Americans about it or not.